the Universal Viewer doesn’t seem to load correctly after I upgraded to the latest version. I am using the latest IIIF Server module.

Thank you for your help!

The last version of Universal Viewer seems not to integrate well with some themes. So probably some css rules to fix.

Thank you, Daniel! I was using the Center Row theme a tried to change it to the Default one (I also tried Cozy and The Daily) but I seem to be getting the same error.

It works on my install, so it is not clear where the issue is.

The Javascript console seems to suggest that we’re missing a file – even though the file it’s asking for seems to be in the right place! 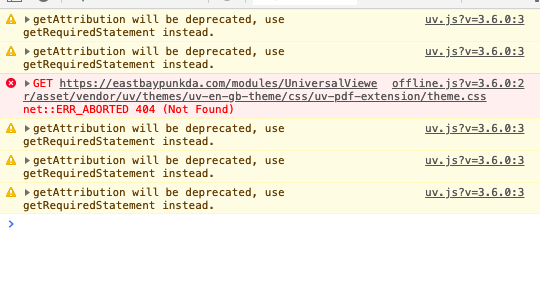 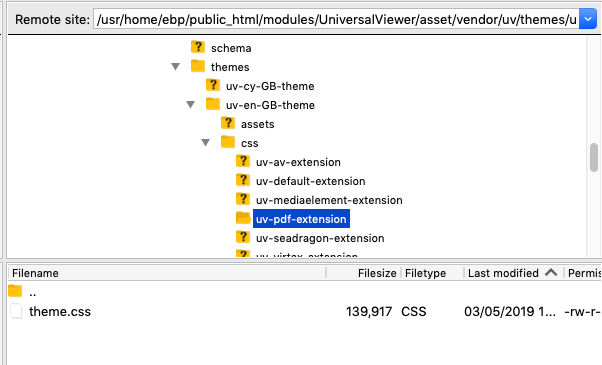 Hi Daniel, just wanted to report that thanks to a heads up of the folks in the New Media Lab at CUNY Grad Center I was able to solve the issue.

The js is requesting the file inside uv-en-gb-theme, but the directory is named uv-en-GB-theme. Those are the same on a Mac (usually) or PC but not on most servers, which are case sensitive. So when I renamed the folder to “uv-en-gb-theme” the plugin started working again.

I wonder if the calling in the script was meant to be that way?

Fine!
The original files are lowercase only (uv 3), so I think there was a mix of an old version and a new one in your case. Maybe an update that doesn’t removed old files.