Not all points are showing up on the map

I am using the Geolocation plugin to map a series of photos. There are 20 photos in total. I am new-ish to Omeka and new to this plugin (though familiar with the concept of geolocation). When I generate the map only 4 or 5 “pins” appear in the map despite the listing to the left indicating all 20 photo items. I do not see anything in the configuration that limits the number of pins on a map. I am zooming in so that I am sure that the pins are not overlapping. I’ve uploaded a picture so that you can see what I’m looking at and seeing. I am running Omeka v. 2.4.1 and the most recent version of the Geolocation plugin. I’ve also uploaded a screen shot of the geolocation config page.

Bonus question: Is there a way to modify the style of the pin?

Thanks for any help you can provide. --Sean. 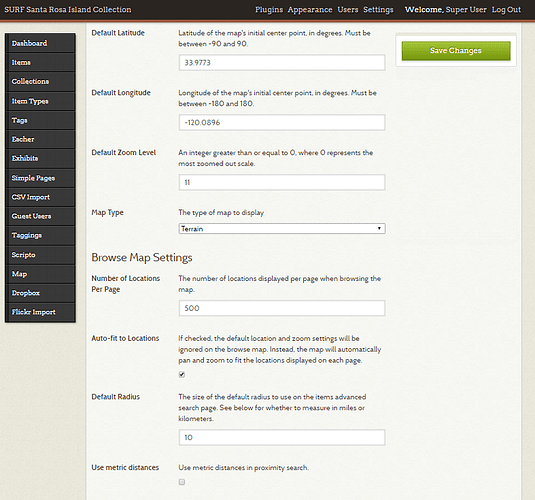 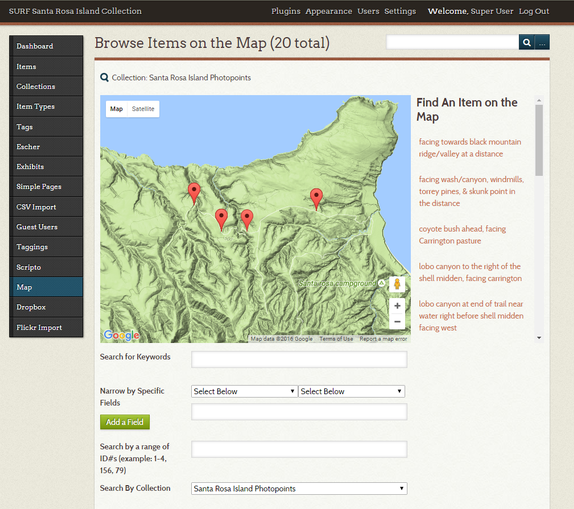 I discovered the error. It was my fault, of course.The geolocation data were not being entered fully, so the sites were “stacked” on each other.

That said, does anyone know how to change the appearance of the pins? Is it possible?

There’s no way to change the marker appearance with the normal plugin.

If you’re just trying to change the image for all the markers at once, that would be pretty easy to do by editing the plugin (the Google Maps API lets you specify an image URL to use as a marker when one is created). Doing different markers for different points would be a little more difficult, as you’d have to add logic for determining which marker to use.