I’ve now managed to break the contribution plugin twice, with no discernible fix. To replicate:

I have no idea how to fix this, or even why this would break core Omeka functionality! 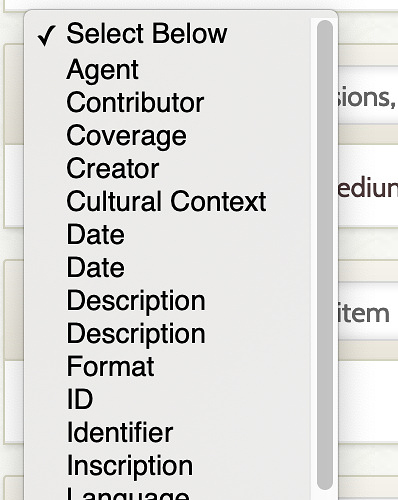 There’s a setting for whether to show those element set labels in the element dropdown: it’s controlled by the “Show Element Set Headings” setting in Appearance -> Settings.

That’s it! Strangely this setting also affects the front end in that it displays the element set name at the top of item metadata, which is not desired. Our workaround for now is to turn it on when we want to edit the configuration settings and turn it off all other times.