Changes to config.ini on a live site

This may be a stupid question, but if I change something in the config.ini file for a live site (for example, turning on auto-orient for the derivative file strategy), should that config now immediately take effect? Or is config.ini loaded only at the beginning when Omeka is installed?

The config is read anew with each request.

Thanks. I’m stumped on my particular problem, then. I have an image that was uploaded and the EXIF data says “Orientation: 6”. When I turned on the auto-orient option in config and re-uploaded, the derivative files still don’t rotate as expected …

Hmm…that surprises me, too. Maybe something unexpected in what imagemagick does (or doesn’t do) with auto-orient? If you weren’t reuploading, I’d have guessed that the derivatives were not being changed. But, if it is a new Item, I’d have thought that’d happen.

Yes, it was a whole new item and file upload.

What version of Omeka do you have?

The latest versions turn auto-orienting on by default, so in that case manually turning it on wouldn’t do anything.

If you’re still seeing it “wrong,” it could be the case that the orientation flag is just set improperly on the file itself.

Posting the image or a link to it, if you have the ability/permission to do so, would make checking that possibility easier also.

Here is what seems like the relevant section of the EXIF:

Here is the image.

Yeah, that image looks like a pretty classic example of the flag being wrong: it looks to me like the “as-is” image is actually rotated correctly already, meaning the orientation flag should just be “1” or omitted.

This could be explained either by someone editing the image in an editor that wasn’t aware of the orientation flag, or by a simple case of the iPhone’s orientation sensor simply being confused at the time the photo was taken.

You could strip out or change the orientation flag and it should fix things. Turning off auto-orient would also happen to fix it for this case, but just for the thumbnails (Modern browsers will respect the flag if they see it on an image, so the original will still look incorrectly rotated, as it does now, if you view it directly).

So you see the image rotated correctly? In what browser? In mine it looks like it is turned on its side.

No, that’s the problem.

If you purposely use a viewer that doesn’t care about the orientation flag (these are getting harder to find, I used the display command of ImageMagick), then it looks correct. This means that the raw image data is already in the right orientation, so no rotation should be applied on display. The EXIF Orientation value of 6 on this image is therefore incorrect.

Just like Omeka 2.6 does, the browsers (I used Firefox but Chrome and others do it too) will look at and apply the orientation flag. Since the flag is actually wrong on this image, that’s why it looks rotated wrong, and why the thumbnails come out wrong. The value of the flag doesn’t match the actual data in the image.

By way of illustration, here’s your exact image but just with the EXIF tags (including Orientation) stripped out: 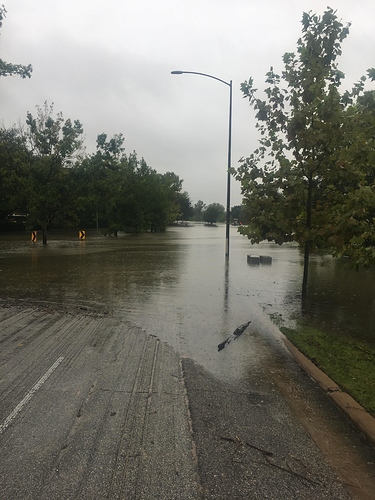